This study aimed to determine the relationship between ambient humidity and viability of the influenza A virus (IAV) during transmission between hosts and to explain the mechanisms underlying it.

The authors measured the viability (survival) of IAV in droplets consisting of various solutions. The different solutions were chosen to isolate the effects on the virus of the salts and proteins found in respiratory fluid, and in human mucus, at relative humidity levels ranging from 17% to 100% relative humidity (%RH).

The flu virus was suspended in droplets of two salt containing solutions (PBS and DMEM), identical solutions that were enriched with proteins (FCS) and in the sterilized human mucus of a one month old baby.

In a desiccator, droplets were exposed to various relative humidity (RH) ranges between less than 17.5% and 99.1%RH at room temperature (20-24°C).

In temperate climates, low indoor humidity enhances virus survival through crystalization of salts in airborne droplets and extends airborne floating time for infectious droplets due to a reduced droplet size through evaporation.

In tropical regions, high temperatures may suppress transmission, particularly through the aerosol route. However, lower temperatures and near-saturated RH during the rainy season creates an opportunity for transmission via different mechanisms for large droplets and very small aerosols.

Large droplets would settle more quickly due to gravitation because they do not shrink as much at ∼100% RH. Once settled on a surface, they may serve as a reservoir for contact transmission, since IAV is well preserved at ∼100% RH, as shown in this study. On the other hand, submicron aerosols such as those exhaled in human breath would remain aloft, and thanks to the lower temperatures and suitable RHs for virus survival, transmission by these submicron droplets via the aerosol route might still be effective. 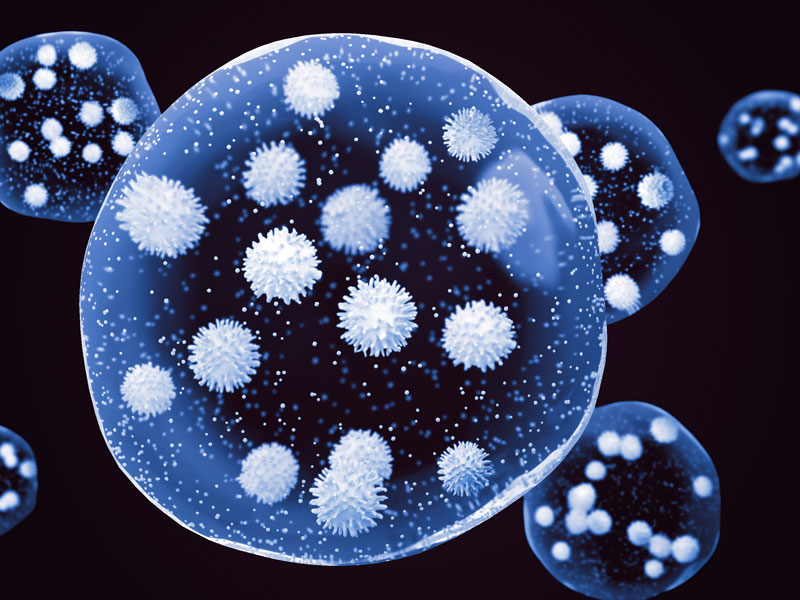 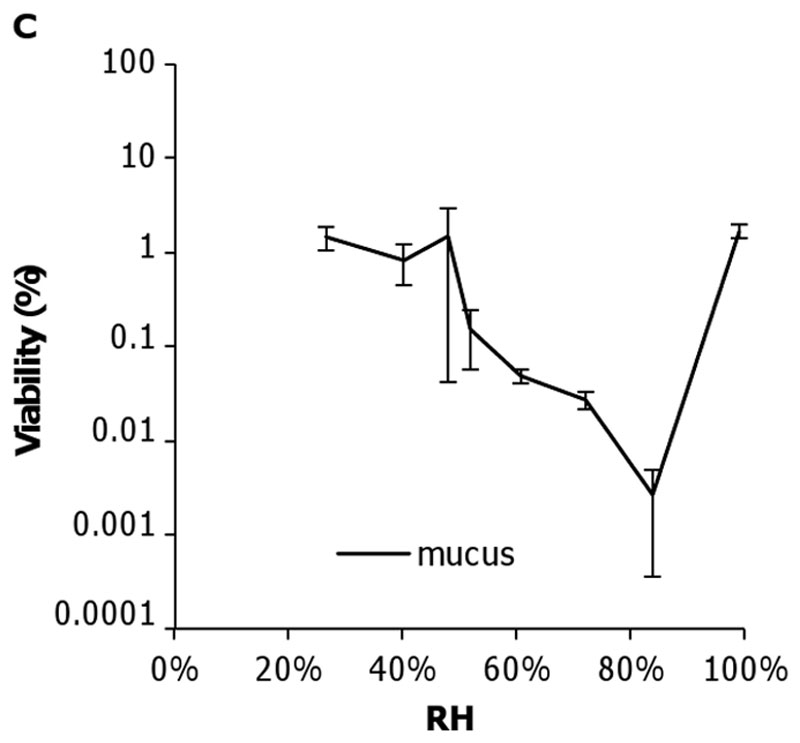 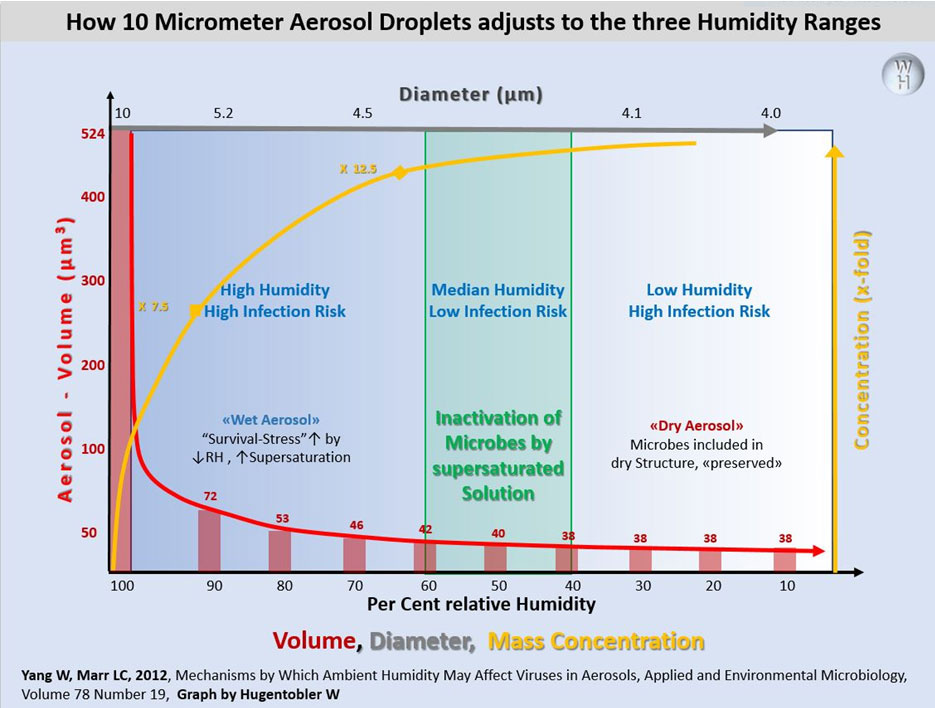 This study showed that in normal indoor room temperatures, the influenza A virus survives well in low humidity, with its viability improving rapidly following the atmosphere dropping below 50%RH.

The authors concluded it was the increasing concentrations of solutes (salts) within the droplets that decayed the virus, as long as they stayed in solution. Once the droplets became dehydrated, at below 50%RH, the salts crystallized and were ineffective at decaying the virus, allowing it to survive in the now dry airborne droplet.

Interestingly the absolute number of viable viruses in mucus (compared to the artificial solutions) was 10 times lower but humidity changes had a greater effect!

Low humidity acts as a conduit for viruses and airborne bacteria to disperse and travel around a building and threaten all occupants.

Dry air and our skin

Low humidity dries the outer layer of our skin leading to itchiness, cracking and dermatological problems.

Dry air and our eyes

Other scientific studies relating to humidity and health...